A brief description of Layout, Elements and Canvas

Written by Vasilis Zagkanas
Updated over a week ago

When you click on Layout, you see the 2D canvas where you can view and modify your layout. That is the top view of your touch sensor.

The Layout of a touch sensor consists of one or more of these Elements:

Depending on the final application of the capacitive sensor, a different combination of the above elements is required:

In any case an Outline is always necessary, which defines the borders of the sensor so it must be properly placed in canvas to surround all the other Elements. 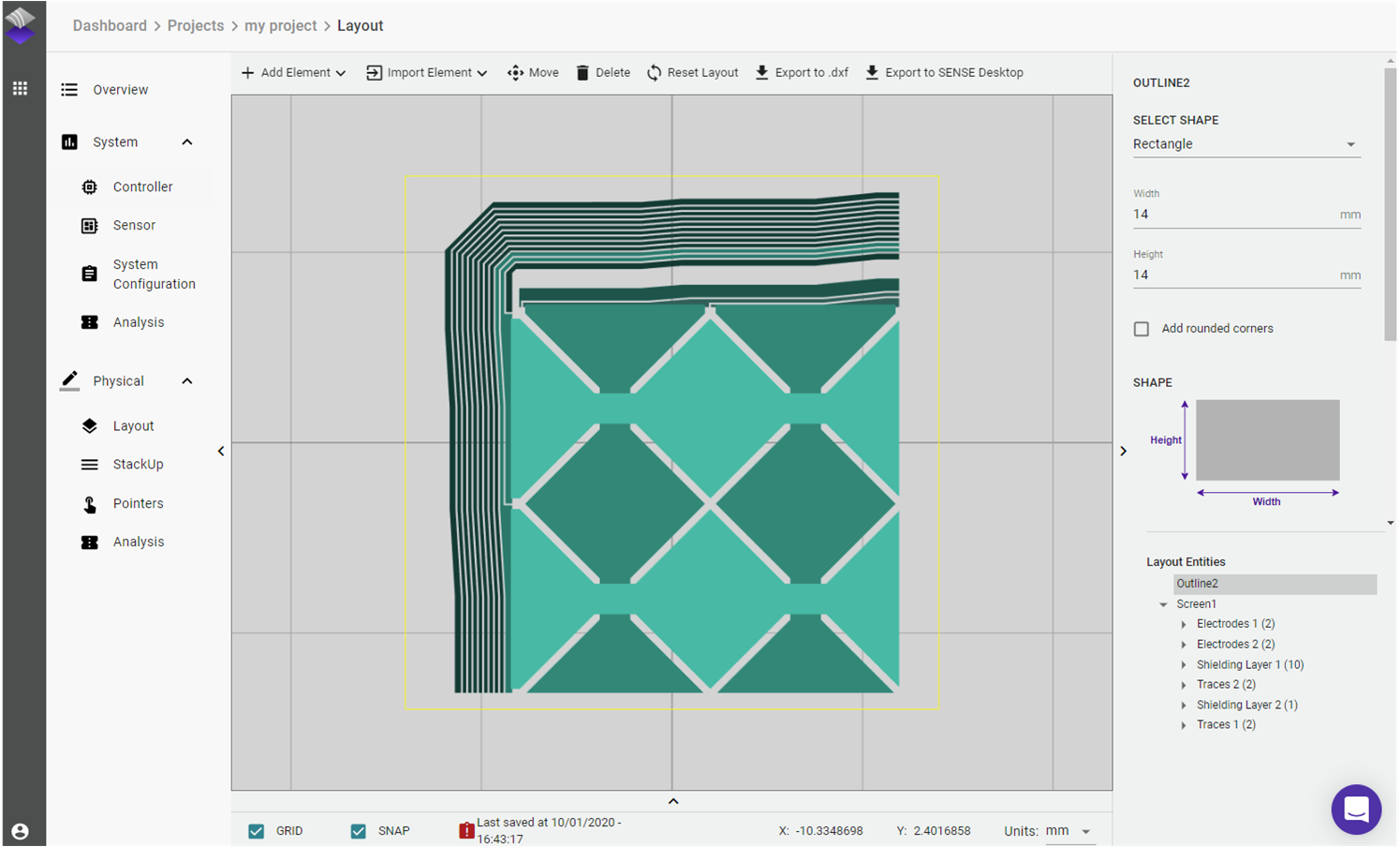